Located in the southeast of Tibet, to the north of Yarlung Zangbo River, Nyingchi covers an area of 10,238 square km, with a population of 26,000. It is the lowest area of Tibet with average elevation of 3,100m, but it has the "biggest elevation difference" in the world: the lowest elevation is only 800m and the highest Namjagbarwa Peak has an elevation of 7,782m.  In Tibetan, Nyingchi means "throne of the sun" .

Bayi town, with a population of 16,000. is the political, economic and cultural center of Nyingchi County. It covers an area of 8 square kilometres, It has over 90 enterprises, government agents. 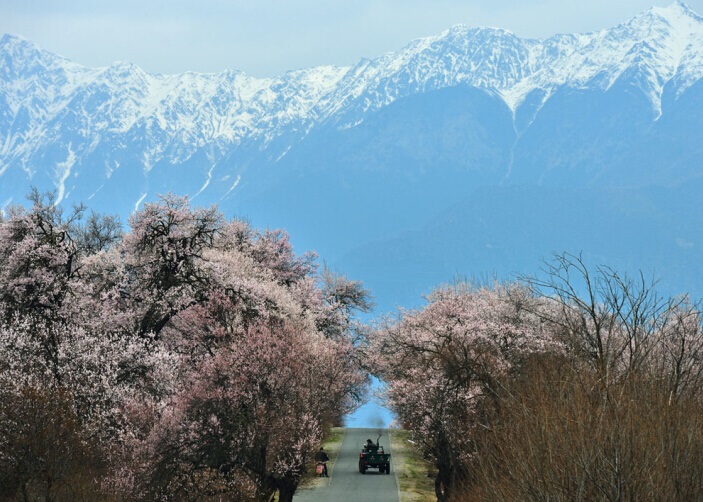 Nyingchi is rich in foresty, vegetation resource is abundant here. The main species of trees are cypress, mulberry and Spruce, etc. The stock volume of trees is about 60 million cubic meters.

The traffic network of the county has come to its shape. The 223 kilometres' long highway of Sichuan-Tibet Highway crosses the county. The total road length in the county reaches 410 kilometers.

What to see in Nyingchi

Nyingchi is famous for its fantastic natural scenery, renowed as the "East Swizerland" and "Jiangnan of Tibet"(Jiangnan in Chinese means  the fertile and prosperous area in the south of the Yangtze). Traveling in Nyingchi is a quite different experience, you may experience a different Tibet. On the barren Qinghai-Tibet Plateau, you hardly believe that there is a picturestic and firtile heaven land in Tibet. The main attractions in Nyingchi are as below:

Namjagbarwa Peak: Which means "a spear piercing into the sky" in Tibetan language with an existance of over 700 million years and the first piece of land in the Himalayan region to emerge from the sea.

Basum-tso Lake: which means "green water" in Tibet, is knowns as a heaven on the Ridge of the world. It is a place interlaced with beauty, religion and attractive legends. 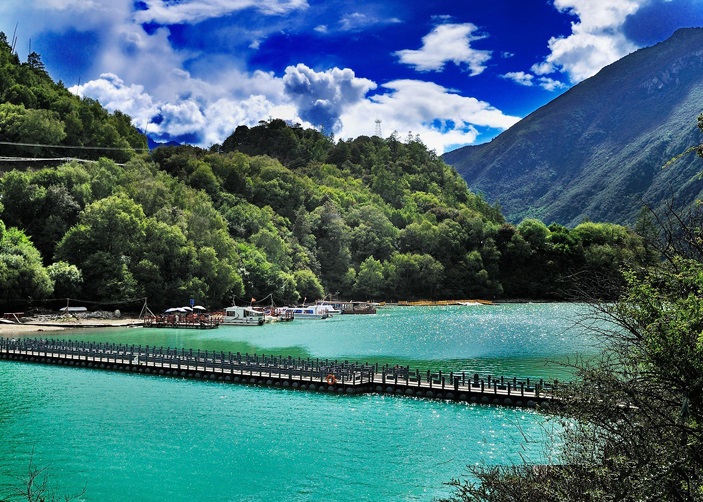 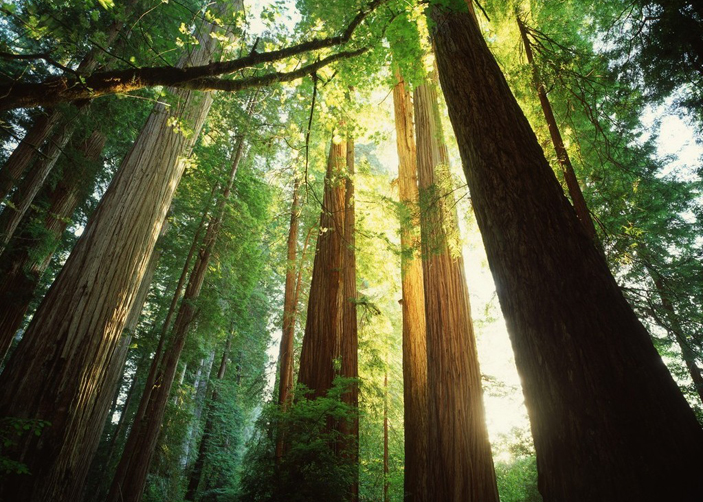 Due to its varying altitude, the climate here is generally wet and rains are quite heavy in the area especially from October to April. This makes it difficult for travelers to roam around in the city. But these rains also give the city a great charm.

Shopping in the city can become an indispensable part of Nyingchi travel. The most famous shopping center is Hong Kong Street in Bayi. You can shop for green tea, woolen blankets and various varieties of herbs. The locally made handicrafts also are a great souvenir for the tourist.

1)The County receives the maximum hours of sunshine due to its altitude. prepare sunglasses, and sunscreen lotion.

2)Bring a few woolen clothes as the temperature vary greatly during daytime and night.

3)This is a busy trip with long drives, but the scenery on the way is breathtaking.

4)Nyingchi is very popular among Chinese travelers, but less charm to foreign visitors due to the long distance.

Nyingchi Milin Airport is the third civil airport and the lowest airport among the 5 airports in Tibet . Built in Milin, Nyingchi Prefecture of eastern Tibet Autonomous Region, the airport is located in a winding valley, which makes it one of the most challenging instrument approaches in the world. It is the lowest airport in Tibet, at an elevation of 2,949 meters above sea level. This airport is located in a winding valley of elevation of 2,949 m, it is known as 'the world's most difficult airport for planes to reach'

Located at the valley of Yarlung Zangbo River in Milin County, 50km from Bayi town-the prefectural capital of Nyingchi.  The airport started construction in October, 2003 and officially opened to traffic at the end of 2005. With a total investment of 780 million RMB with a designed annual passenger flow of 120,000.  Surrounded by over 4000m high mountains enveloped by clouds and fogs throughout the year. Planes have to fly through the narrow and winding river valley. The narrowest flight path is less than 4 km from one mountain ridge along the valley to the opposite one.

At present, there are very few flights to and from the airport. One of the flights departs in the early morning from Chengdu to Nyingchi, but this is a busy airline and hard to buy tickets as it is mostly rented by some big Chinese travel companies. 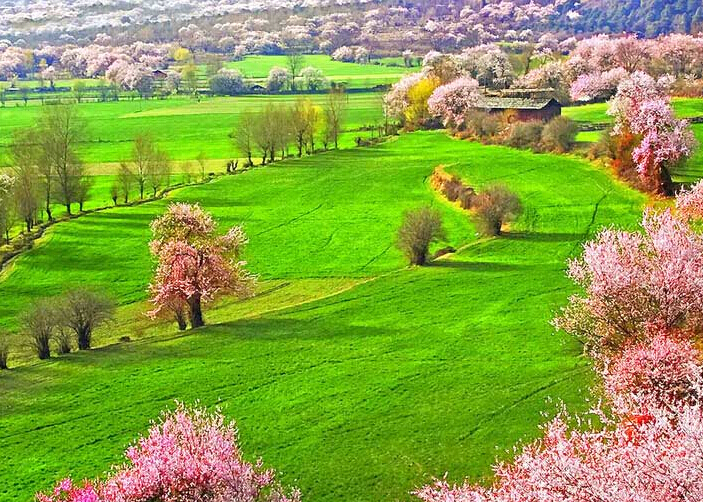 Travel from Lhasa to Nyingchi

Nyingchi is about 500 km from Lhasa, which makes it very inconvenience in traffic. The bus used to be the only vehicle from Lhasa to Nyingchi, and it is even need to walking at some section without roads. So visitors usually choose to hire a 4WD from a travel company to get to Nyingchi. 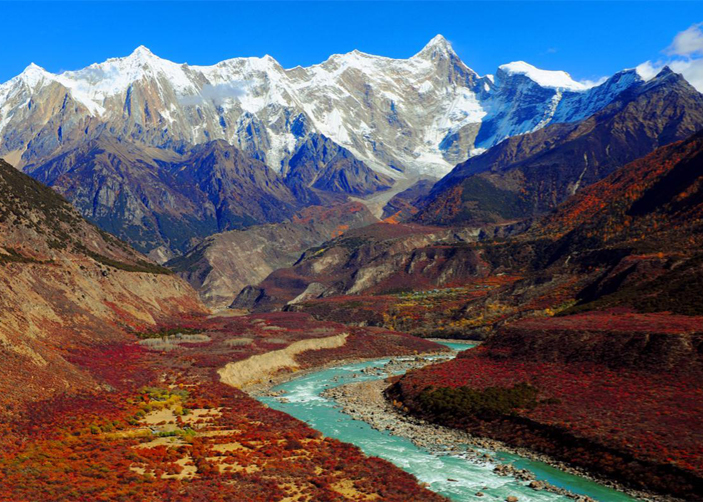 Nyingchi Weather & Climate, When to go to Nyingchi

Nyingchi is situated at the north bank of Yarlung Zangbo River, lower reaches of Niyang River, at the southeast part of Tibet. The terrain here is dangerously steep with river valleys. The average altitude is 3000m with relative height difference of 2200 – 4700 m. Its climate is basically mild and pleasant for the whole year, which creates a desirable environment for both farming and animal husbandry

The warm and wet air currents from the Indian Ocean bring abundant rainfalls here. The blending of various climates ranging from tropical to temperate zone climate contributes a lot to the forming of the unique landscapes and tourist attractions.

Nyingchi has an annual average rainfall of around 650 mm, annual temperature is 8.7℃, annual sunlight 2000 hrs and 180 frost-free days. It is a pleasant place without harsh winter and burning summer.The average winter temperature is above zero degree Celsius, and the average summer temperature 16 degree Celsius. But every May to Sep. is the rainy season. Lots of rainfall is easy to cause landslide, debris flow, collapse and other natural disasters.