Shannan is located in the middle and lower stretches of the ancient Yarlung Valley, formed by the Yarlung Tsangpo River.   Shannan, also named Lhoka in Tibetan, is a long-standing prefecture in the southeastern area of the Tibet Autonomous Region. Shannan means "the south of mountains" because it lay southern aside of Mt. Gangdise and Mt. Nyenchen Tanglha.

Shannan Prefecture occupies 1/15 of the total territory of the Tibet. It includes 12 counties, Tsetang Town is the capital city of Shannan Prefecture. The topography of Shannan is typical of the southern Tibetan valley, with a terrain gradually declining from west to east and at an average elevation of about 3,700 meters.  The prefecture measures 420 kilometres (260 mi) east to west and 329 kilometres (204 mi) from north to south. Its uniqueness is because the first farmland, the first palace and the first Buddhist monastery of Tibet are all located in the prefecture. It also has the distinction of holding the first Tibetan opera.Ethnic Tibetans constitute 98% of the population and the balance 2% comprise the ethnic groups of Han, Hui, Monba, Lhoba and other nationalities.

Shannan has many kinds of flora and fauna. It bounds in qingke barley wheat, broad beans, peas, corn and buckwheat, making it one of the major grain and edible oil producing regions in Tibet. The region is rich in vegetables and fruits, and is enriched with wild plant resources. There are several hundred medicinal plants. Its famous medicinal herbs include sinensis, fritillaries thun-bergli, and root of red salvia. Shannan has many mineral resources including chromium, gold, copper, iron, Zinc, manganese, as well as jade and marble. The reserve of the chromium has been verified at 5 million tons, accounting for 45% of the country's total, therefore it boasts the biggest chromium resources base in China. It has many rivers and lakes and is rich in water resources.

The Shannan Prefecture is known as the birthplace of Tibetan civilization. The greatest kingdom "Tubo" in Tibet history was founded in Shannan which ruled Tibet more than two hundreds years. Besides, Shannan is also famous for many other "first of Tibet", such as the first farmland, the first palace and the first Buddhist monastery.  It is bounded by prefectures of Lhasa on the north, Nyingchi to the east, Shigatse on the west, and the International border with India and Bhutan on the south.

What to see in Shannan

The prefecture has rich historical sites natural sceneries as lakes and caves, scenic regions and religiously linked mountains. Some of the most important attractions are:

Yamdrok Lake : As the old saying goes, " If its waters dry, Tibet will no longer be habitable." Yamdrok Lake is the absolute place that worth your visit in Tibet.

Samye Monastery:  Samye Monastery with the central temple, symbolizes the center of the universe. Having a visit, to explore the ancient heart of Tibetan Buddhist world.

Yumbulagang Palace: Which is the first Palace of Tibet, the origin of civilization. Go to find the history of the mysterious land!

In addtion, Many festivals are held in the Shannan Prefecture in its counties, cities, monasteries and villages to celebrate the harvest season, the New Year or Losar and natural elements such as birds. A colourful and widely celebrated festival is the Ongkor (Bumper Harvest) Festival which is observed in June according to the Tibetan calendar, in the riverine areas to mark good harvests of the season.

The best time to visit Shannan is from June to August. However, Shannan is suitable for visiting all year round. Shannan Prefecture is located in the river valley of the middle reaches of the Yarlung Zangbo River, belonging to the temperate semi-arid and sub-humid plateau monsoon climate, with a long winter without summer, no cold winter.

Travel from Lhasa to Shannan is about 200 km. The entire road is flat cypress oil, and about 3 hrs driving by regular bus. As after 2008 unrest in Tibet, the government regulates that foreign visitors is not allowed to travel independantly in Tibet, all visitor’s stay in Tibet needs to be accompanied by the tour arranged by local travel company.  Therefore you have to book a tour with a travel company for the Tibet permits and other arrangements.  Plan you Tibet Tour by emailling to our experienced travel experts via the methods below, our experienced team will not only provide the unbeatable rate, but also excellent service standard to make your lifetime Tibet tour more enjoyable. 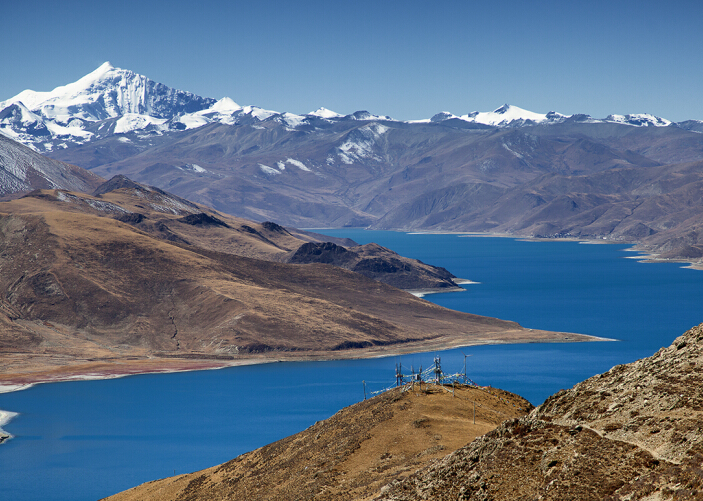 Shannan Prefecture is located in the river valley of the middle reaches of the Yarlung Zangbo River, belonging to the temperate semi-arid and sub-humid plateau monsoon climate, with a long winter without summer, no cold winter.  The best time to visit Shannan is from June to August. However, Shannan is suitable for visiting all year round.

Annual average temperature is between 7 to 18 degrees Celsius,

Highest temperature is around 25 to 29 degrees Celsius

Avoid the peak holidays as it will be full of Chinese visitors. The most crowded seasons in China are: