There are usually 8 Hard-sleeper cars in each Tibet train to accommodate around 480 passengers.  Each car has 10 compartments, and each compartment has 6 hard sleeper berths with 3 on each side, they were called: Lower-berth, Middle-berth, and Upper-berth. 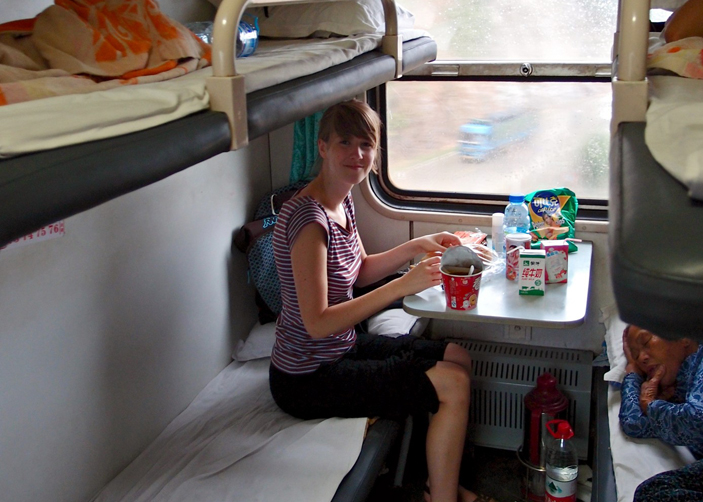 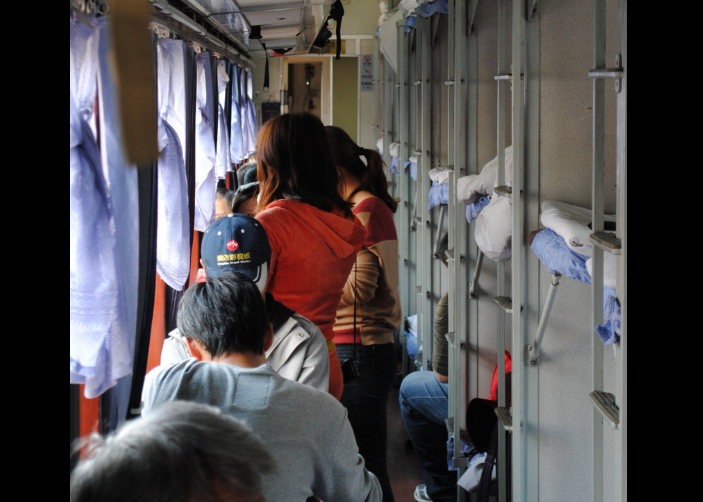 Advantage of the Hard Sleepers

Taking hard sleeper is will allow you to have more chances to communicate with other passengers, and make them friends, you may share your travel experience, lives and even food with people of the same compartment. 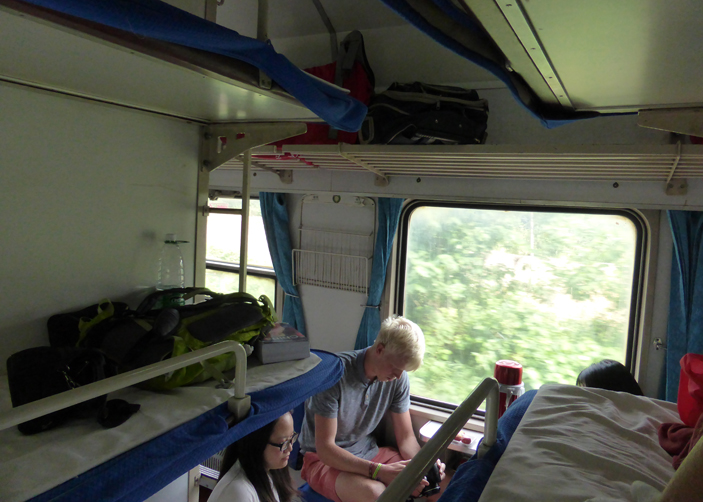 Aisle of the Train

The aisle of the hard-sleeper cars is a bit narrow and even difficult for two people to pass together. And by the window, there are two pull down seats with a tiny table for sightseeing. 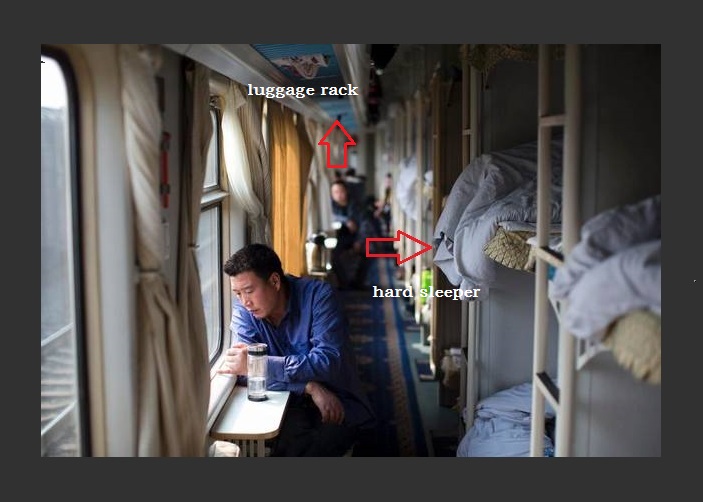 Each compartment has 6 hard sleeper berths with 3 on each side, they were called: Lower-berth, Middle-berth, and Upper-berth.  It is about 3ft (91cm) vertical space between different berths of the same side. And the upper berth is just about 2ft (60cm) to the roof of the compartment. For most of the passengers, the lower berths are more convenient to get in and out and better view angel to the window, but the upper berths to some people are more privacy. 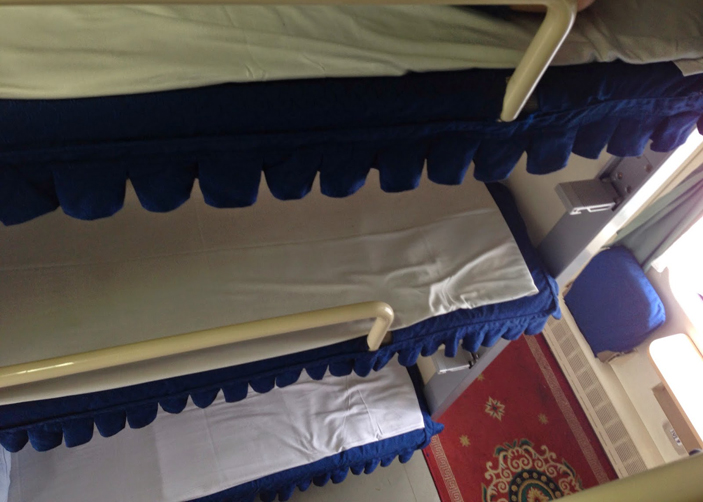