Tibet Trains are all equipped with oxygen generation systems. The system has compression resistance design. It has overcomes the problems of large temperature difference between day and night in plateau region and also the low pressure caused by insufficient air pressure. Oxygen is supplied in the way of dispersion and distribution to meet the different demands for passengers. 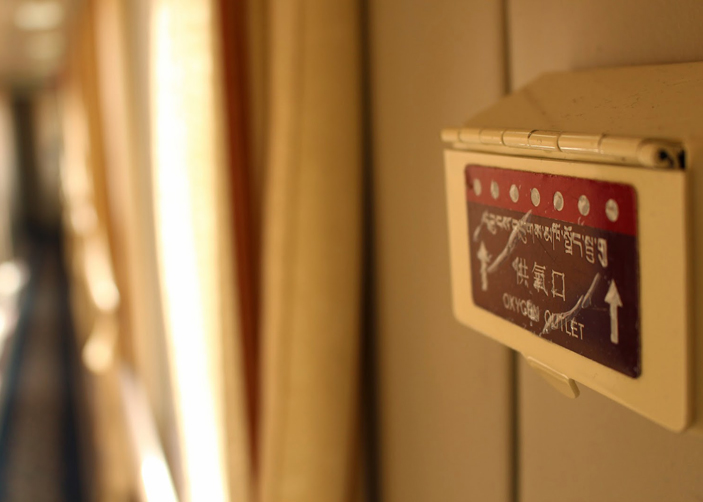 Tibet Train offers two sets of Oxygen supply system. One is used for increasing the oxygen content in the train when the train to Lhasa is driven into the plateau zone. The other is directly used by passengers through independent port. There are oxygen supply tube and mask on each cabin for emergency. When Tibet Train heads its way up to Qinghai-Tibet Plateau Zone, Oxygen begins to emit to the whole cabin by temperature and air pressure controlling system, it mostly release the difficulty of traveling on such ahigh altitude, like headache, out of breath inside Oxygen filled cabins. The altitude, temperature , driving speed are shown on each cabin as well. Private Oxygen masks are provided to every passengers whatever tickets you have. In sleeping berth car, you can find Oxygen Supply tube and mask on each cabin for emergency. The air pressure inside train is automatically controlled to make you feel as traveling in low altitude zone. More than these conveniences, the glass window of Tibet Train is designed to anti ultraviolet rays. In a conclusion, Tibet Train is such a train full of caring, known as the best Train exploring on the roof of the word. 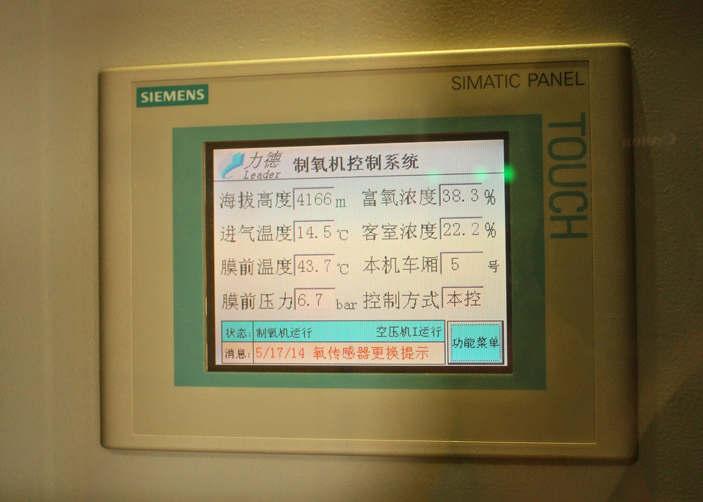 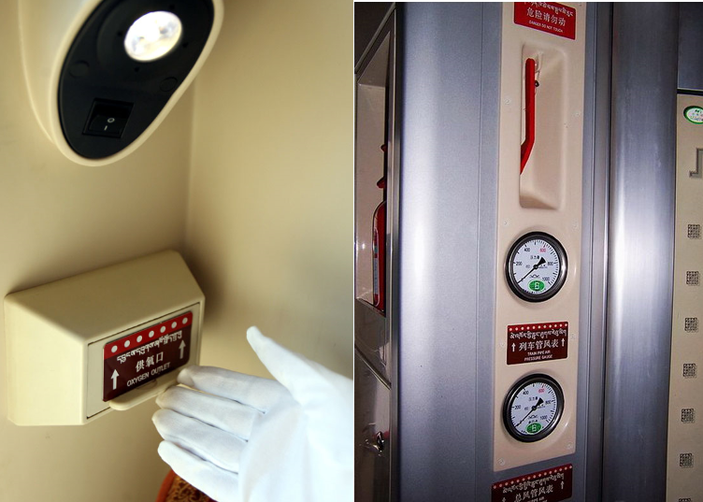 The oxygen supply in Qinghai-Tibet train is fairly easy to use. All you need to do is ask train staffs to get you the oxygen tube and use it via oxygen outlet. If you still feel uncomfortable or shortness of breath,  you can ask the help from the train staffs for timely treatment from the clinic on the train