Taking a train to the roof of the world--Tibet, has become a dream to visitors from both home and abroad. no matter from Xining to Lhasa or reverse, this is always a lifetime journey you could not miss.  >>6 Days Discover Tibet Train Tour from Xining

There are also available trains from Beijing, Shanghai, Chengdu, Chongqing, Guangzhou to Lhasa, BUT all these trains are about 40 or more hours long ride, and the views before these trains reaching Xining is actually not very rewarding, so the BEST option is to take the Qinghai-Tibet train from Xining to Lhasa, fly to Xining (capital of Qinghai Province) and spend 2-3 days in Xining for sightseeing and acclimatization, Xining is around 2261m high, stay 2-3 days there before taking the train climbing to higher Tanggula Pass (over 5000m) does help you to reduce reaction of the high altitude. And what is more, the most stunning highland views of this train journey is exactly from Xining other than any other cities.

If you want to better acclimatize the high altitude and limited time, do not waste your time for other not necessory train ride section before Xining, taking train from Xining to Lhasa directly.   >>Wrong Concept of Tibet Train Travel

What to see along the Qinghai Tibet Railway

Qinghai Lake, covering an area of 4500 square kilometers, is the largest salt water lake in China. The lake is 3205m(10,515 feet) above sea level and 150km from Xining of Qinghai Province. Qinghai Lake has become a popular attraction for lake cycling and bird watching, besides, it attracts visitor with its stunning highland views and the cultural mix of Tibetan, Mongolian, and Muslim monrities. 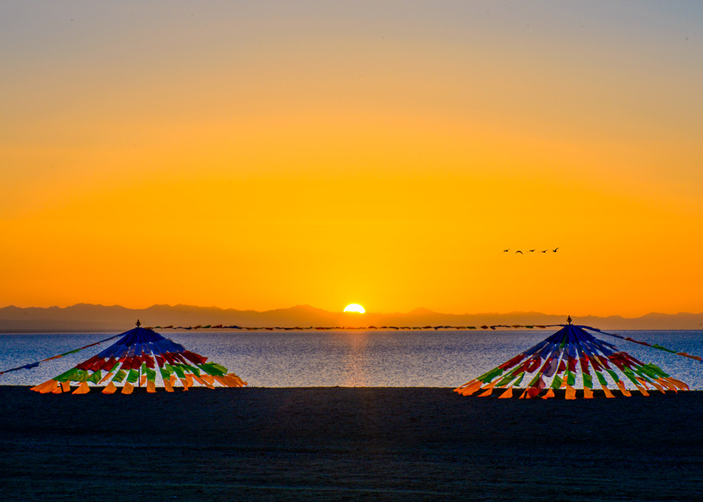 Ta'er Monastery , located 25km away from Xining, is a treasure trove of Lamaism. The monastery is known for its impressive murals, barbola embroidery and yak-butter sculptures called Suyouhua. This large complex spreads out over about 14.4 hectares/ 35.5 acres, and consists of numerous structures, some built in a Tibetan architectural style and others built in a Han Chinese architectural style. It is a must-see site in Xining and attracts a lot of visitors every year. 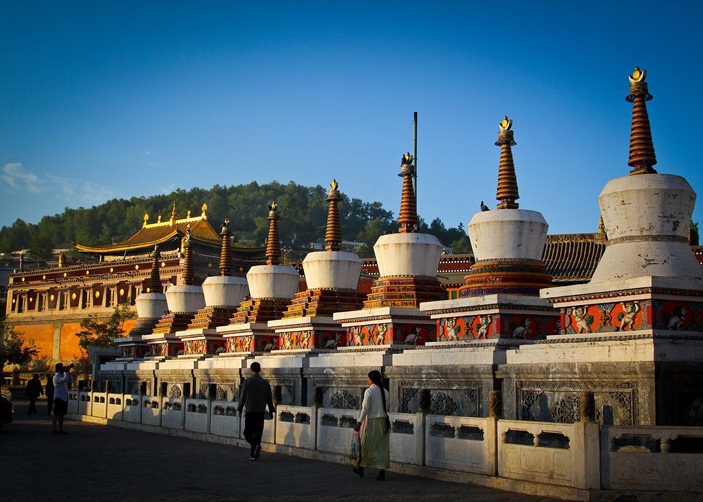 Kunlun Mountains are one of the longest mountain chains in Asia, extending more than 3,000 km. In the broadest sense, it forms the northern edge of the Tibetan Plateau south of the Tarim Basin and the Gansu Corridor and continues east south of the Wei River to end at the North China Plain. 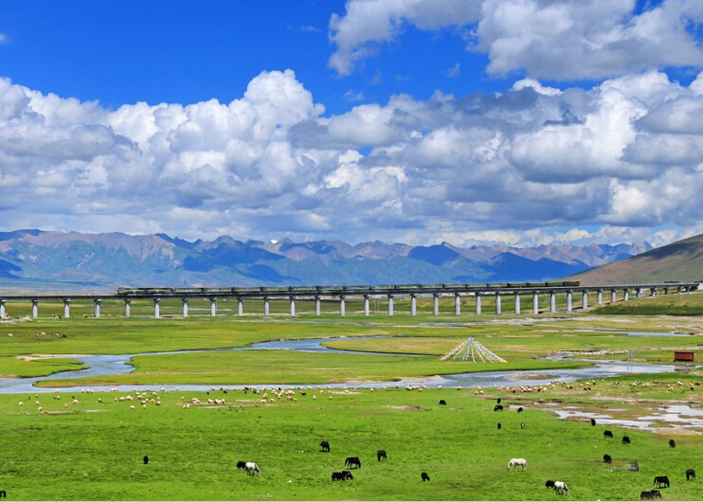 Which a mountain range in the central part of the Tibetan Plateau of China. The Tanggula’ s elevations of the main ridge average more than 5,000m, it is the source of the Ulan Moron and Dangqu Rivers, the geographic headwaters of the Yangtze. The range thus functions as a dividing range between the basin of the Yangtze River in the north and the endorheic basins of north-eastern Tibet in the south. 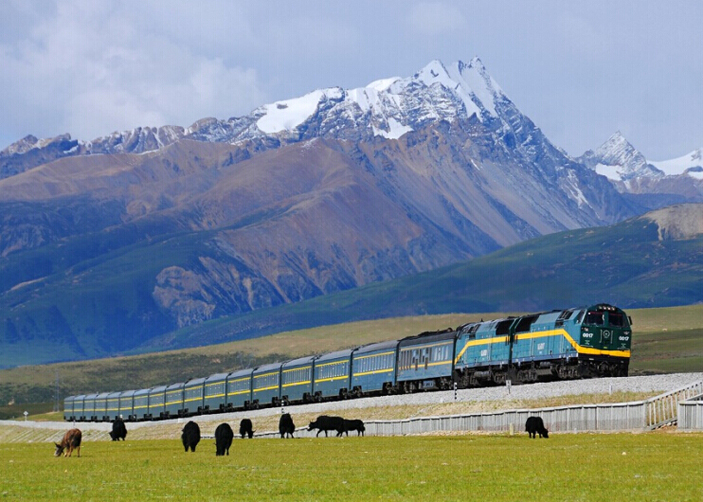 Namtso is ‘Heavenly Lake’ to Tibetans, it is often described as being next to heaven because of its lofty altitude, stunning beauty, pure blue water, and spiritual associations. It is the highest saltwater lake in the world. Snow-capped mountains and open grassland, dotted with yak herds and local nomads, surround the crystal clear water of Lake Nam, making it one of the most beautiful places in Tibet. 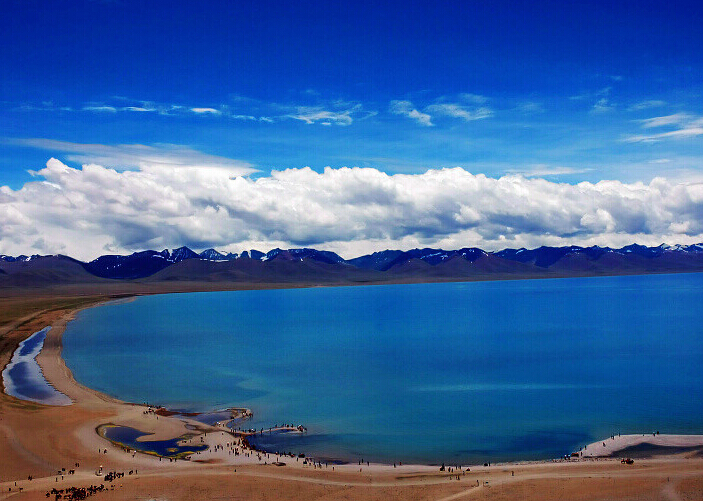 Which means "northern highland", refers to the north Tibetan plateau. Located in among kunlung mountains, Tanggula mountains and Ganddis mountains,Qiangtang Grassland covers 2/3 of the entire Tibet.It's total area is over 600000 square kilometers averaging about 4000 meters above sealevel. Cold, Windy and snowy for 8 or 9 months in a year and frozen land can be seen everywhere. An old folk song sings like this: "The mysterious Qiangtang, it is so wild and desolate when you are here the first time; it becomes your lovely hometown when you get to know more." 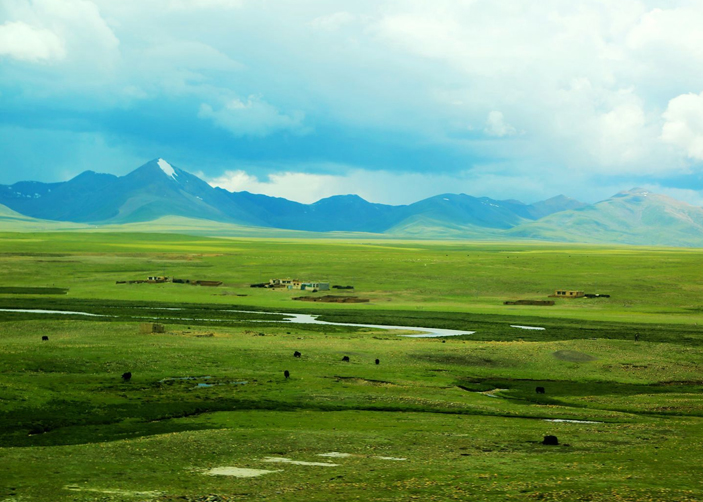 Tuotuohe River is the source of Yangtze River. Glaciers melt into many streamlets which form a wide river. You will find that watercourse is very wide but water is small and shallow. In summer and autumn, Tuotuohe looks like many bright slices bars laying on the grassland. While in winter, the whole water gets frozen. 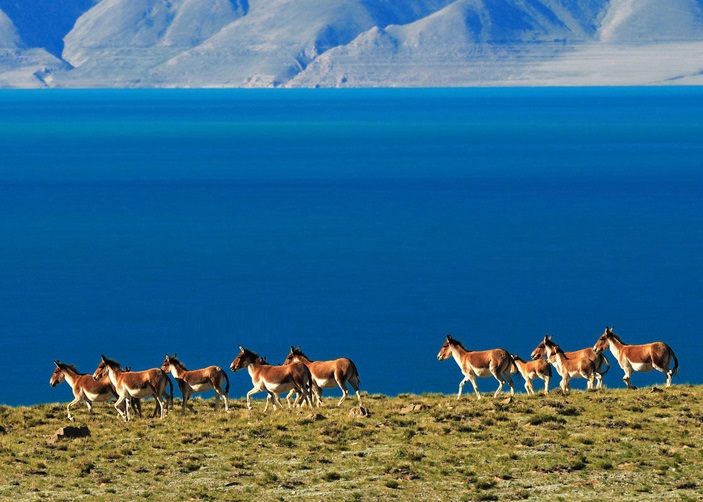 Enjoy the amazing geothermal view on route where is 90km to Lhasa. Hot springs gush to the air of meters height. In the morning, large steam forms above the water. Having a bath is good for health and helps you get rid of strain.