Qinghai-Tibet Highway is strictly referred to the highway departing from Sining in Qinghai and arriving in Lhasa via Golmud. As a part of the No. 109 National Highway, Qinghai-Tibet Highway stretches across the Qinghai-Tibet Plateau in China. With the mean altitude above 4,500 meters (snow line), the road condition of this highway is the most stable one compared with other two highways to Tibet Autonomous Region (Xin-Zang Highway and Sichuan-Tibet Highway). The constructors of this road were mainly soldiers, and the leader General Mu Shengzhong was hailed as the Father of Qinghai-Tibet Highway. The road plays an important role in stabilizing the situation in Tibet Autonomous Region. The road, formally opened to traffic on December 25, 1954, served as the most important supply line of Chinese troop during the Sino-Indian War in 1962. 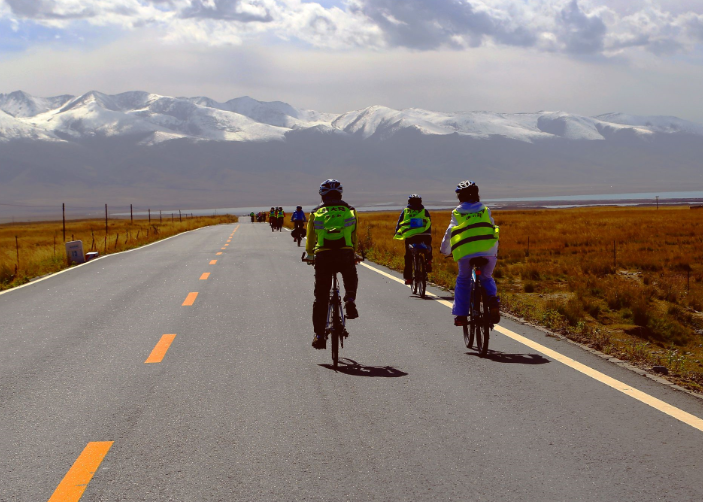 Qinghai-Tibet Highway is one of the highways with the highest altitude in the world, and pertains to national level two arterial highway, of which the overall length reaches 1,160 kilometers, the width of roadbed is 10 meters, the gradient is less than 7%, and the maximal safety driving speed is 60 km per hour. As the world first case of highway which is totally paved on the black level road surface, Qinghai-Tibet Highway is known as the “Suez Canal on Spine of the World”, and borne with 80% of the transportation for supplies in and out of Tibet Autonomous Region. The average elevation of the whole line is more than 4,000 meters.

Walking on the Qinghai-Tibet highway, what comes into view are the luxuriant and meandering Kunlun Mountains and the boundless and vast prairies, which will shock you unexpectedly and agitate your heart fiercely. A kind of naturally ascending and ego transcendental feeling will surely accompany your journey, centuries old and long standing.

Traffic guidance: to enter Tibet Autonomous Region from Qinghai, it is practicable to first arrive in Golmud from Sining by bus. Golmud is approximately 1,100 kilometers away from Lhasa, and the range of driving is approximately 24 hours. Most of vehicles to Tibet Autonomous Region fare forth from Golmud, and there are several passenger cars (home-made car, imported grand luxurious and sleeping car) available to Lhasa everyday from Qinghai Qaidam Transport Company and Tibet Autonomous Region assenger Transport Company. There are also many trucks available to Lhasa at the Golmud-stationed transportation depot to Tibet Autonomous Region, which allows thumbing a lift, and the price is discussed personally with the driver. The Lanzhou-Lhasa tour line (homemade luxurious sleeping car) is also opened up, passing by Kumbum Monastery, Riyue Mountain, Qinghai Lake, Golmud Salt Lake, Tanggula Pass, Geladandong, Tuotuohe, Nagchu and Dangxiong prairie, Namtso, Yangpachen and other tourist attractions. 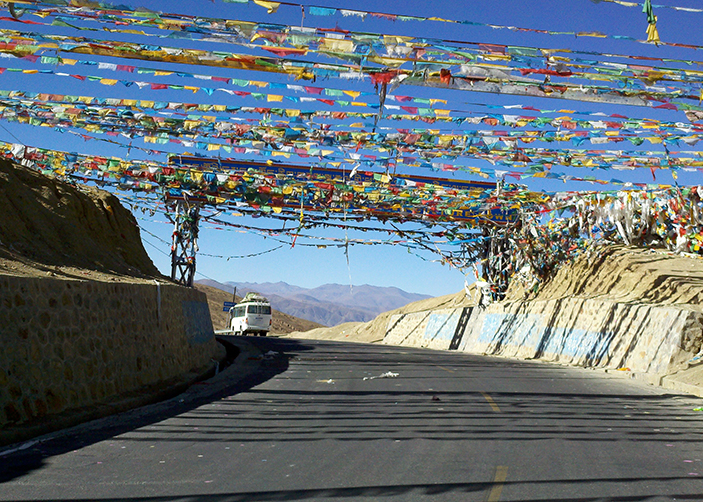